The AG PateL MD “ARM” Center adjunctive Integrative Cancer Protocols are chosen and specifically designed to meet the needs of cancer patients who have been newly diagnosed, are currently in treatment, or who have completed treatment. We offer individualized protocols as adjunctive therapies designed to assist in controlling cancer growth, eliminating the cause of cancer, and increasing strength, vitality and immune function. Every case is analyzed and treated according to its particular characteristics.

When most people, including oncologists, think of cancer treatment, they usually only think of one thing: “controlling cancer growth”. While controlling cancer growth is essential to cancer treatment, it really is only one part of what should be a three part comprehensive treatment plan for the disease. A three part approach that offers the best opportunity for long term control includes two other areas of focus, which are “eliminating the cause of cancer” and “optimizing the patient’s strength, vitality and immune function”.

What causes cancer? Although cancer rarely has one cause, it is most often caused by a combination of different factors, including genetics, carcinogen exposure, hormonal imbalances, viruses, radiation, and dietary deficiencies. A central cause for all cancer was first proposed by Dr. Otto Warburg more than eighty years ago. Dr. Warburg, as the only physician to win the Nobel Prize for medicine twice, is considered to be the most influential physician of the twentieth century. Dr. Warburg was able to prove that cancer cells primarily develop as a result of decreased energy production. More recent research has validated Dr. Warburg’s conclusions by proving that increasing energy production in cancer cells causes them to:

In addition, increasing a cancer cell's energy production also causes it to be less malignant.

Most patients with cancer greater than stage 1 feel weak and run down. This could be due to the cancer itself, or it could be secondary to basic anti-cancer treatments such as surgery, radiation, or chemotherapy. Since most people with cancer are older, age is also a factor. They are at a time in their life when their energy levels, hormone levels, and immune function are starting to decline, just from the aging process itself. In addition, the emotional stress of having a disease, such as cancer, is enough to sap a person’s strength and vitality. It is critically important for an optimum outcome that anyone with cancer become the “strongest and healthiest” possible. When they are, it puts them in the best possible position to harness their own body’s healing and restorative potential.

The AG Patel MD “ARM” Center’s adjunctive Integrative Cancer Protocols specifically target a patient’s deficiencies in their energy levels, hormone levels and immune function by striving to control cancer growth, eliminate the cause of cancer, and increase strength, vitality and immune function in order to achieve the goal of converting a potentially progressive terminal illness into a chronic disease so that the patient can live, with an enhanced quality of life. We strive to accomplish this goal by formulating individualized Integrative Cancer Protocols by selecting from the following Alternative Medical Therapies:

This therapy focuses on correcting an imbalance of hormones within the body, which as a result improves overall energy levels and immune function. Research has shown that BHRT can help prevent breast cancer and reduce the risk of endometrial cancer. Click “BHRT” for more detailed information on this therapy.

This therapy is a process of exposing blood to ultraviolet (UV) light rays to stimulate the immune system to destroy any and all pathogens, no matter if they are viral, bacterial or fungal. BPT oxygenates tissues, provides anti-inflammatory effects, and supercharges an immune system response that is regarded as an “autogenous vaccine” that kills viruses, bacteria and fungal growth in the blood. BPT helps enhance the immune system in its own defense against cancer. As an adjunctive cancer therapy, it increases the body’s tolerance towards radiation and chemotherapy. The American Cancer Society web page has the following quote about BPT-UV Light Therapy: “Ultraviolet blood irradiation treatment is approved by the US Food and Drug Administration for treating T-cell lymphoma involving the skin”. Click “BPT” for more detailed information on this therapy.

This therapy is an intravenous treatment using a solution containing minerals, vitamins and a special amino acid called EDTA that binds potentially carcinogenic, toxic heavy metals and holds them tightly so they can be removed from the body. CT impacts cancer treatment positively because it does reduce the body’s iron stores and removes toxic metals from the body, which decreases the risk of cancer. Click “CT” for more detailed information on this therapy.

This therapy consists of various intravenous treatments that literally forces vitamins, minerals, amino acids, and other natural therapeutic substances directly into the cells in the bloodstream by bypassing the gastrointestinal tract. These various IVNT treatments increase energy, increase cellular detoxification, stimulate and increase immune system function and bolster the body’s cancer-fighting capacity. Specifically, the High-Dose Vitamin C Therapy, which is used intravenously as an adjunctive cancer therapy, acts as a chemotherapeutic agent, specific to cancer cells that does not harm normal cells. When combined with conventional chemotherapy, High-Dose Vitamin C Therapy increases the survival rate of cancer patients and is significantly more effective in reducing tumor size than chemotherapy on its own. Click “High-Dose Vitamin C” for an article on the use of Vitamin C in cancer treatment. Click “IVNT” for more detailed information on this therapy.

This program has a positive impact on cancer treatment because by controlling weight, we increase the body’s energy production and metabolism by increasing the removal of abnormal fat from the body. Also, by energizing metabolic functions, targeting Silent Inflammation and restoring and maintaining hormonal balance, we inhibit cancer growth.

In 1931, Dr. Warburg won his first Nobel Prize in medicine for proving cancer is caused by a lack of oxygen respiration in cells. He stated in an article titled The Prime Cause and Prevention of Cancer that “the cause of cancer is no longer a mystery; we know it occurs whenever any cell is denied 60% of its oxygen requirements.” Further research has confirmed that “high oxygen levels were lethal to cancer tissue”. Since low oxygen levels in cells may be a fundamental cause of cancer, it stands to reason that an effective way to support the body’s fight against cancer would be to get as much oxygen as possible into healthy cells and improve their ability to use the oxygen. Thus, raising the oxygen levels of normal cells will help them from becoming cancerous and increasing oxygen levels in cancer cells to high levels will help kill those cancer cells. This therapy uses ozone to supercharge oxygen in the body, which makes it a potent regulator of the immune system. Since a fundamental underlying cause of cancer is decreased mitochondrial energy production, ozone is used to energize the cells as it stimulates the increased uptake of oxygen by stimulating the enzyme diphosphoglycerate (DPG). DPG enables the release of oxygen from the hemoglobin molecule so that it can be taken up into the cell and work toward eliminating the cause of cancer. Click “OT” for more detailed information on this therapy.

In addition to these adjunctive therapies to the proven conventional cancer treatments of surgery, radiation, and chemotherapy, we strive to accomplish the goal by establishing for each patient a Nutritional Supplement Plan of various vitamins, minerals, amino acids and other natural therapeutic substances that are administered either orally, sublingually, by injection or intravenously. The cornerstone of this Nutritional Supplement Plan, which is individualized and specific for each patient, is Poly-MVA and Poly-Plus..

Poly-MVA is a dietary supplement that assists in boosting immune response, and healing damaged cells. It is a uniquely formulated dietary supplement containing a proprietary blend of Palladium bonded to alpha-lipoic Acid (referred to as LAPd), Vitamins B1, B2, and B12, Formylmethionine, N-Acetyl Cystiene, plus trace amounts of Molybdinum, Rhodium, and Ruthenium. Click “Poly-MVA Ingredients” for more detailed information. It is designed to provide energy for compromised body systems by changing the electrical potential of human cells, and increasing the charge density of DNA within the cell.

Poly-MVA is a non-toxic, powerful antioxidant dietary supplement with active ingredients that may be beneficial in protecting cell DNA and RNA, assisting the body produce energy, and providing support to the liver in removing harmful substances from the body. Some studies indicate that the ingredients of Poly-MVA can assist in preventing cell damage, and in removing heavy metals from the bloodstream. As a powerful antioxidant, it can help to neutralize the free radicals within the body that are thought to influence the aging processes and convert them into energy. Other ingredients are involved in DNA synthesis, production of the myelin sheath that protects nerves, and red blood cell production, and playing an important role in immune and nerve function.

Poly-PLUS is a scientifically formulated supplement containing Poly-MVA and vitamin A. Vitamin A works synergistically with the Lipoic Acid Mineral Complex (LAMC) formulation in Poly-MVA to further enhance aerobic metabolism. In addition to vitamin A's benefits to the skin, immune system and vision, a recent study has demonstrated its enhanced energy benefit to LAMC.

In addition to Poly-MVA, the Nutritional Supplement Plan is usually formulated from the following Vitamins and Supplements:

In addition to vitamins and supplements, we make sure that the patient’s diet contains enough protein, fiber and good fats and we determine the appropriate exercise level and establish a regular exercise program.

Cancer is a serious, potentially life-threatening disease. If a patient has cancer, we recommend they seek the care of a qualified oncologist to determine if conventional therapy such as surgery, radiation and chemotherapy is right for them. The AG Patel MD "ARM" Center Integrative Cancer Protocols are adjunctive therapies to conventional cancer treatments and are done to complement them. Although our patients typically feel much better within the first two to three weeks of treatment, for most people, the complete process will take anywhere from three to nine months depending on how serious the problem is when we first begin treatment. 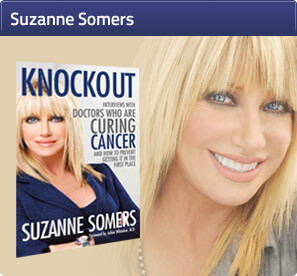