Conventional medicine typically calls for synthetic hormone drugs such as Premarin and Prempro as menopause treatment. Conventional doctors will also commonly offer antidepressants, anti-anxiety and sleep medications, none of which resolve the underlying cause of symptoms and have adverse side effects.

Contrary to conventional practice, hysterectomy and counterfeit hormones such as Premarin and Prempro are not the only menopause treatment options. Since the underlying cause of the symptoms of menopause is a decline in the natural hormones, the best menopause treatment begins with replenishing a woman's body with bioidentical estrogen, progesterone, and testosterone that will help restore her back to good health. Bioidentical hormones are identical in molecular structure to the hormones women make in their bodies, such that the body cannot distinguish them from the ones it already produces.

Pre-menopause and menopause patients are evaluated with salivary hormone testing and/or a panel of blood tests. Any hormone deficiencies are replaced with bioidentical hormones through Biote® hormone pellet therapy and/or a compounding pharmacy. Along with hormone replacement, nutrition and supplements are also discussed. 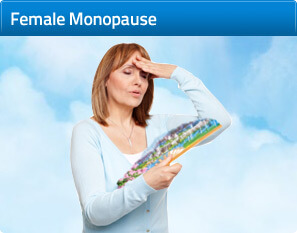