What are the male symptoms of low testosterone in men that could indicate a need for testosterone replacement therapy?

What are common causes of low testosterone in men?

Hypogonadism, low hormone production by the reproductive gland, occurs when the testicles do not produce sufficient levels of testosterone.

As men age, they move from a state of optimal testosterone status to one of relative deficiency as their testosterone levels naturally decline. This stage of their life can be referred to as andropause, or male menopause. This downward slide begins in a man’s thirties and continues inexorably until the day he dies, although it is beginning to occur more commonly in younger men.

As with any biological change that occurs gradually rather than abruptly, the age-related decline in testosterone often goes unnoticed until a critical point is reached. Suddenly out of the blue, a man in his forties or fifties may begin feeling depressed, irritable, or uninterested in the things that used to give him pleasure. He may notice that he has more aches and pains and fatigues more easily. He may develop a “spare tire” around his abdomen and find that his muscles have lost their strength or tone. Men may begin exercising, but find that even when they work out they show little improvement in muscle strength and stamina. They may go on a diet but have trouble losing weight. The lack of progress in their fitness regimen often leaves them feeling even more discouraged. He may lose interest in sex, have difficulty making decisions, or experience any number of other problems related to the decline in levels of testosterone.

Exposure to xenohormones is a risk factor for low testosterone. Xenoestrogens mimic the effects of estrogen in our bodies and interfere with normal hormone function. This is a disaster for men, for not only do xenoestrogens disrupt the production of testosterone, they also antagonize the effects of testosterone in the body. For instance, xenoestrogens are linked to the dramatic decline in the average sperm count in Western societies since the 1950’s as well as to the rise in testicular cancer over the same time period. Xenoestrogens are found in petrochemical products such as plastics (plastic wrappings and plastic drinking bottles), herbicides, pesticides, soaps, detergents, pollution, clothing, industrial by-products, countless manufactured goods and meats from animals raised on hormones.

Some other causes of low testosterone levels are: injury or infection to the testicles, chemotherapy or radiation treatment for cancer, genetic abnormalities such as Klinefelter’s Syndrome (extra x chromosome); hemochromatosis (too much iron in the body); dysfunction of the pituitary gland, medications, chronic illness, cirrhosis of the liver, chronic renal (kidney) failure, AIDS, inflammatory disease such as sarcoidosis (a condition that causes inflammation of the lungs and other organs), stress, alcoholism, and congenital conditions.

What are the positive effects of testosterone replacement in men? 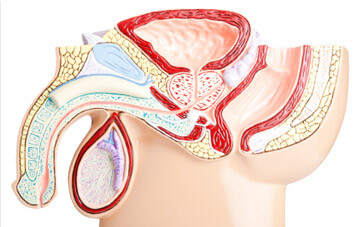