In 1928, Emmitt K. Knott, a scientist in Seattle, WA, ran some experiments in the treatment of women with severe bacterial infections due to abortions by exposing their blood to UVC rays. The local hospital had written off many of these patients as they were not responding to their sulfa preparations with some having temperatures of over 108 degrees and death being certain. Knott was told to do as he wished with these patients. After one and sometimes two BPT treatments, the results were astounding as the patients’ symptoms completely subsided within 24 hours. The mechanisms by which BPT worked then were not remotely understood and even today they are still not completely understood.

The BPT treatment was executed by a medical person withdrawing about 150-250 ml’s of whole blood from the patient using a venipuncture at the elbow or hand. The practitioner withdrew the blood as it flowed through a clear “cuvette”. The blood then entered a small quartz glass chamber to spread the blood thin enough where it could travel through a small machine that exposed the blood to the ultraviolet (UV) light rays. The medical person then returned the blood back through the machine and into the patient.

In 1939, Dr. George Miley, MD, made a study of the effects of 97 blood irradiation treatments given to people suffering from various diseases. His observations were:

Dr. Miley, a practitioner of thousands of BPT treatments in the 1940’s made this comment about Emmitt Knott. “I think personally that this is one of the greatest contributions to medicine ever made by a citizen of the United States.”

By the mid 1940s, BPT had really begun to roll. Dr. Miley reported that using BPT on viral pneumonia (still a big killer today) would cure this condition rather quickly. He reported:

In 1940, Dr. Henry Barrett reported on 110 cases of BPT (Medical Clinics of America, May, 1940). Most patients received one treatment, but some as many as eight. He noted that several patients suffering from rheumatoid arthritis improved remarkably within a few hours. One case was of a female patient suffering from serious bronchial asthma attacks for over four years. This patient was in the hospital, and despite medication, was having several asthma attacks per day. After one BPT treatment her doctor reported the next day that she had only one attack that day and after that she had 2-3 asthma episodes a week for 3 weeks. The attacks became fewer and fewer and became absent for months after a single treatment.

Dr. Barrett reported on his 110 cases, as follows:

1. No detrimental reactions from BPT.
2. Improvement is frequently immediate.
3. Increase in peripheral circulation (due to vasodilation).
4. Increase in oxygen combining power of the blood.
5. Inactivation of toxins in the blood.

Dr. Miley also reported on 6 patients with herpes zoster infection –shingles. The infection was nullified to the point that the patients became asymptomatic with no relapses. In January 1942, Dr. Miley made the following observations:

“The detoxification effect of ultraviolet is generally not known by the medical profession and certainly has not been emphasized enough. The inactivation of snake venom and bacterial toxins are examples of what may be accomplished by ultraviolet. The increase of blood irradiated with ultraviolet to absorb oxygen has been demonstrated. As a rule, rather low dosages of externally applied ultraviolet radiations stimulate the general resistance of animals and human beings to infection.”

In the 1950s, enthusiasm over “new” antibiotics and vaccines caused BPT to be replaced, despite the fact that for certain indications (hepatitis, viral pneumonia, and streptococcal toxemia) a BPT treatment was demonstrably superior. Research into this effective therapy came to a virtual halt.

From 1955 until the 1990s, only a few American physicians continued to work with BPT. Russia and Germany took the lead In BPT producing scores of clinical studies.

From the 1990s to present, there are over 250 practitioners in the US and over 3,000 in Europe actively performing BPT treatments. Over 1 million BPT treatments have been successfully administered with astounding results and minimal side effects. 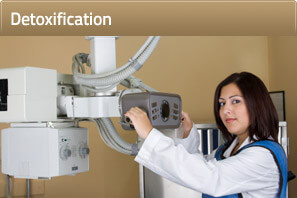