Opponents of BHRT have made strong statements that have attempted to discredit the safety of bio-identical hormones and BHRT. Medical and media critics also cite lack of FDA approval of bio-identical or compounded hormones prepared by compounding pharmacists and question the accuracy of hormone testing - often saliva testing - utilized by physicians who prescribe BHRT. Increased awareness and conflicting medical opinions regarding this natural option has led to a lot of misconception surrounding this topic. After all, it is those who need help with hormone imbalance that should not be left to suffer with symptoms while the so-called experts debate the issue.

Excesses or deficient levels of hormones affect women and men in two predictable ways; first, with present day issues such as menopausal symptoms in women and andropausal symptoms in men; and second, with long term health risks. Hormone imbalance increases our risk of diseases associated with aging such as bone loss, heart disease and cognitive decline. In order to manage these symptoms and reduce risks of certain diseases, women and men are often treated with Hormone Replacement Therapy (HRT) or Bio-identical Hormone Replacement Therapy (BHRT). So what is the difference between HRT and BHRT? HRT is comprised of non-human hormones, either animal derived or synthetic. Non-human hormones are chemically altered to be different from human hormones, thereby granting them patent protection. Since they aren't human hormones, they are NOT the same nor do they convey the same response or work the same way as the hormones we naturally produce. BHRT is comprised of bio-identical hormones, which are exactly the same as human hormones in that from a chemical standpoint they have the same molecular structure. Therefore, bio-identical hormones function in exactly the same way as the hormones we naturally produce.

So what is the correct approach? The only real way to effectively answer this question is by looking at what the research has shown and let it speak for itself. Please click BHRT & HRT Research, which is a comparison based on a summary of research published in medical journals. Over the past 10 years, HRT has been shown to have very serious side effects, to include increased risk of heart disease and breast cancer. As to BHRT, there has never been one study that has indicated that the use of bio-identical hormones is anything but healthy.

In fact, when the average person is told that there is an anti-aging therapy that does all of the following, they often think that it is just too good to be taken seriously:

The major difference between a person at age 50 and a person at age 25 is hormonal. Hormones are molecular messengers which control healing, tissue regeneration, immune function, sexual function, memory and mood, strength, body composition, skin thickness, energy, digestion, and virtually every other aspect of human function. When most people hear the word "hormone", they think only of the sex hormones, but there are many other hormones such as growth hormones, thyroid hormones and adrenal hormones. Age related hormonal deficiencies are the primary cause of all the diseases and symptoms of aging. Bio-identical hormones are not just for women. Bio-identical Hormone Replacement Therapy ((BHRT) is just as important for men's health. Proper individualized hormone replacement programs using bio-identical hormones will make you feel and function years younger, while at the same time protecting you against the diseases and infirmities of aging. 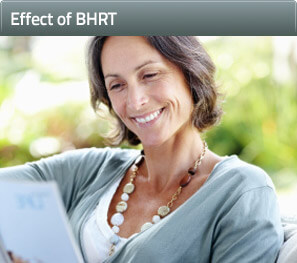